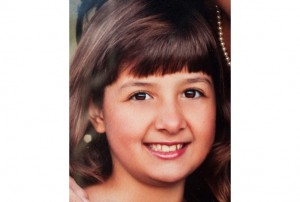 I was going to post about my intention to be more compassionate this year. More tolerant, to be specific. I have a tendency to react to things in a way that causes me pain. I react inwardly, stuffing down feelings which never really dissipate. And before you know it, I’m surrounded by black swans. My own shadow side, projected outwardly. I think we all do this, a little bit. Right?

So is the answer to be more compassionate? More tolerant? And if  so, what does that mean?

A world-renowned specialist in Chinese medicine and cancer treatment, a guy whom people travel the world to see in his tiny office in San Anselmo put his pen down and looked me in the eyes after we’d talked for about a half hour, after he’d had a chance to gather a sense of me.

“You know there are some who believe there is a cancer personality.”

“Yes. There’s a belief that our cellular activity mimics our mental/emotional activity. If we are the types to accommodate abuse and other transgressions, no matter how large or small, then our healthy cells will do the same. They’re suppose to attack the offensive, rogue cells. But the healthy cells look the other way. They accommodate the dangerous cells. Then the cancer grows and takes over.”

“That’s fascinating,” I said. Accommodating. Emotionally looking the other way.

I don’t know if I believe the theory, but I find it intriguing, a sort of quantum relationship between cellular behavior and emotional behavior. I certainly haven’t forgotten it. I wrote down what he said, word-for-word.

“So, if we have this cancer personality type, what should we do?” I asked.

“We should get really, really angry.”

Interesting. Allowing ourselves to rant and get pissed off, we teach our cells not to put up with it so that our healthy cells turn on the cancer, stick up for themselves.

But what about compassion? Tolerance? Isn’t that what Jesus and the Buddha would have us practice instead? Do we respond to hateful political rhetoric, for instance, with tolerance and compassion? Do we look the other way? Won’t the cells then do the same and allow the cancer to grow? Incite the shooter, like the one in Arizona, to take people down?

I was mulling over this question over my morning tea while little J played out a furious battle between his Hero Factory characters. Then I read Tim Booth’s blog post in which he asks a similar question. He wonders what would happen if we let our inner F*you a little free range. Would we be living from a space of truth? And would this mean we are not compassionate?

But I just don’t know.

Instead, my fourth seed, one for love, is the intention to try to balance compassion and tolerance with my inner F* you who won’t tolerate bad behavior, hate-inciting language on the part of our “leaders” or the people in my community, even. I don’t know how to balance that, but I intend to try to this year. To show my cells (and my son for that matter) that we deserve better.

ps: Please share with me how you balance compassion and tolerance with “not putting up with it.” I know I have some peeps out there who are especially good at it.

I laughed inwardly last week when I heard myself mentioning to Dan that I was a trained yoga teacher. The truth is, I haven’t had a steady yoga practice in a couple of years. There, I said it.

Part of the reason is that my body (on the inside) is filled with scars. My lungs, from malignant fluid. My abdomen, from tumors now gone, from cutting and stitching and clamps that still remain. But this isn’t the only reason.

The thing that keeps me from doing a yoga regularly is a fear of being still with my body, of breathing into it and feeling what’s there the way I used to.

Yoga, for me, used to be a path to inward seeing. Eyeballs on the inside. When I was preggers with Lil’ J, I could rest in supported child’s pose or sit in meditation and not only feel him in there but see him, see the energy field that surrounded him and how he curled snugly between my pelvis and my ribs.

Now when I do yoga, my inner eyes clamp shut when they travel anywhere near my abdomen. They do this because I had to leave my body several times during painful procedures and sickness. I learned to just check out of my physical self, float up out of it, and wait in a corner until the pain was over.

But now I’m fully back in my body, occupying every brilliant cell and healthy tissue. And my inward eyes are slowly opening again. Yoga is coming back to me.

So the next seed of intention for 2011 is renewal. I intend to renew my connection with yoga, one breath at a time.

I start with the breath because I know that taking one conscious breath per day has the power to transform. Seriously. If you stop once per day, close your eyes, and follow your breath all the way into your body, just feeling where it goes, then release, you’ll start to become attracted to the feeling. Then addicted. Then meditation happens. At least for me. I bet for you, too.

So I’ll start with a few conscious breaths per day, follow them throughout my healing, healthy body and begin to open my inward eyes again. The yoga will follow, and my connection to practice will be renewed. It’s my intention.

Hello! Today marks the first anniversary of Four Seeds. Readers have popped up like wildflowers around the world over the last twelve months, and here we are together, celebrating the arrival of 2011.

Instead of making resolutions this year, I’ve decided to plant seeds of intention. Four seeds, to be exact.

The first seed is the intention to focus on those who inspire me.

How can a girl not be inspired by these guys?

Then there are the women in my life: my mother, my friends and family, and the other survivors I know. They are my mentors every day and in ways they don’t even realize.

Now I want you to meet three more remarkable women who inspire me to live like I mean it in 2011.

Kris, a cancer survivor and wellness warrior, is a film-maker, juicing advocate, and a dang good writer to boot. Anyone who has cancer, or knows someone with the c, should check out her books and film. And her website is chock full of resources for tapping into your own inner magic through healthful practices.

And speaking of magic:

The Spanish have a special word to describe people like Kate: duende. It refers to that certain mysterious something that some people exude and transmit to others just by being. Take a look for yourself.

A healer, shaman, and dance teacher, Kate clearly follows her life’s calling without fear or reservations. She emanates loving energy, and to be near her is to be transformed by the openness of her heart. Kate teaches seminars and dance throughout the US and the UK. Check out her schedule as she may be coming to a town near you! 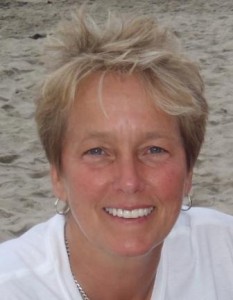 Laura is a cancer researcher, surfer, and ovarian cancer survivor. She founded The Clearity Foundation with the intention to provide individualized treatment for women with ovarian cancer. She’s helped hundreds of women with the oc and has raised awareness about the kind of tailored treatment that will lead to our eventual cure.

What unites these three amazing women is that they live from the heart and improve the lives of those around them simply by pursuing their passions. That inspires me.

ps: Forthcoming seeds of intention are (you guessed it!) renewal, beauty, and love. Stay tuned. 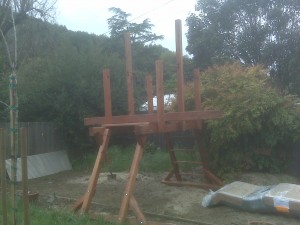 The backyard playhouse D is putting together for Little J

March 29, 2010. Last night, little J and I rushed over to the neighbors’ house just in time to see a boy blow out eight candles on his birthday cake. There were six on it the night we moved here. Two years ago today, the sun was setting on our very first day in our new house in Sugartown. Can you believe it?

It’s been twenty-four whole months. And yet it still feels like we are just now getting started, just beginning to lay the groundwork and scaffolding for our life here. Just starting to make friends outside of the amazing extended family made up of the neighbors on our street. Just starting to think about Kindergarten, a new roof on this old, cozy house, bikes without training wheels, and maybe, in a year or so, a dog. (Don’t tell Little J yet!)

The very best of life is right in front of me and all around me. I feel so lucky to have all of it. It’s spring time and everything is full of sweetness, love, and promise. I know Little J agrees.