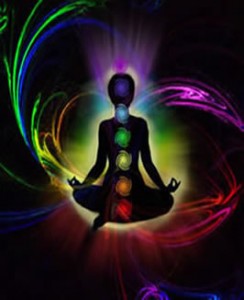 I’ve been so wrapped up in party planning, present hiding, cake frosting, sign making and other shenanigans, that I forgot to update you on how the MRI went.

For one thing, there was no banging. Those of you who’ve had an MRI know what I’m talking about. I think of my high school friend Matt who went on to be a Navy SEAL. He told us about POW training. I mean, no he didn’t because he wasn’t allowed to talk about it. Anyway, if he had, he would have said something about being in a small box and people banging on it with metal tools and such. That’s what MRIs sometimes sound like. But this time, as I said, no such banging.

However, after I was slid into a long (skinny!) tube, I heard blaring alarm-like sounds. You know the sound you hear when the “regular programming is interrupted to test the emergency broadcast system?” Like that, but right in my ear. For an hour.

So, I took Jodi’s advice not to open my eyes (no matter what) and pretended that, with each loud sound, one of my chakras was being tuned. I’m not kidding. I imagined I was enjoying a new, super high-tech chakra-alignment process. One hour later, I emerged from the tube refreshed, restored, and perfectly aligned.

I should also mention that I had on my lucky socks: black and grey striped knee-highs,  pink halloween bats with rhinestones eyes. That helped, too.

After the appointment, I met up with a group of ladies (OC survivors group) for lunch here in Sugartown. Get this. Out of fourteen of them, HALF are ten to twenty-year survivors. And all but one of them has had more than one recurrence. The other seven women were, like me, about two-ish years since Dx. What a group of strong women! I left there inspired and very, very hopeful.

Back to birthday talk. Last night we celebrated D’s 40th at a local family-style pizza restaurant. Little J, Princess T, and I had decorated a chocolate cake and taken it to the restaurant where the wait-staff hid it. I think Dennis was genuinely surprised when our waitress brought it out after dinner. Even though Little J had been yelling, “Where’s the cake?” Okay, thanks Dennis, for pretending to be surprised.

More little surprises and lots of celebrating around the corner, D.

Hugs and happy Friday, all.