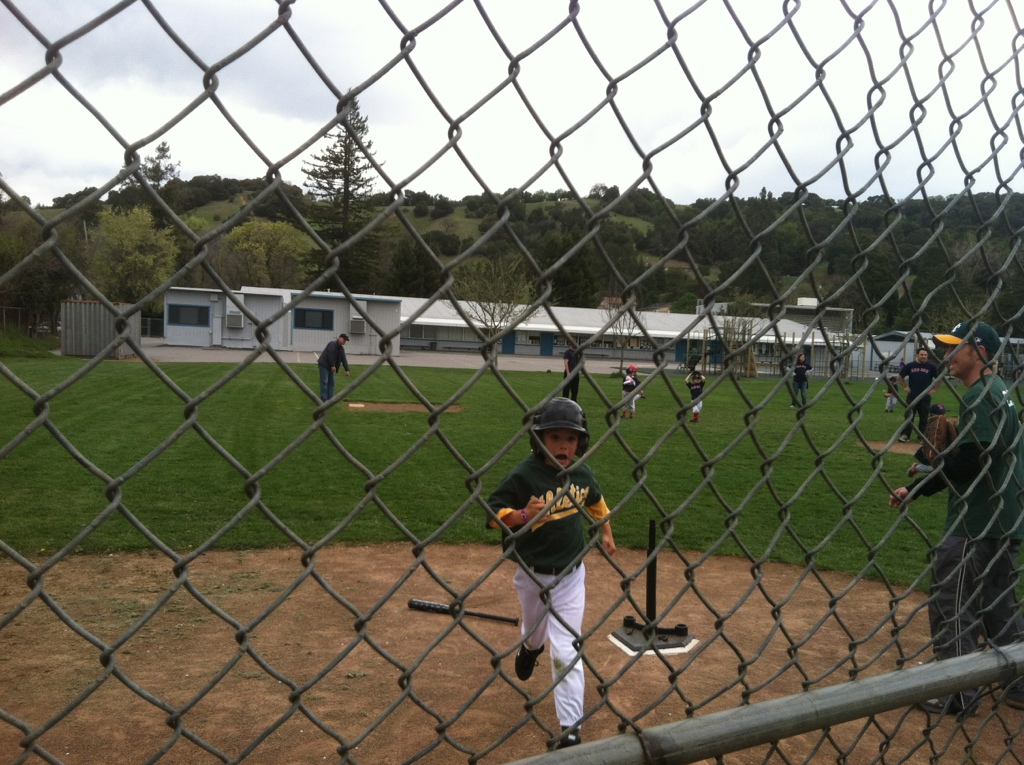 It’s not the clearest photo, but here’s Little J crossing home plate at his first T-ball game. It was my first, as well, and I wasn’t sure what to expect.

The kids ate it up: piling on the ball like football players in the outfield, cheering each other on, and sliding into home base. Little J jumped and cheered for every one of his own plays. Besides me, the kid is his biggest fan.

But by the second inning, all bets were off. That’s when I realized t-ball games were like Skittles, offering a huge rush and followed by a thorough crash.

Kids scattered behind the backstop, climbed the trash bins, and hung on their parents, asking to go home.

Luckily the coaches called the game and we all went to dinner for second winds all around.

Little J and his red-headed friends kept us entertained and I was amazed by J’s stamina. After all, before the game, he’d danced his booty off at the school’s talent show rehearsal.

He had had, he declared, an AWESOME day.

And sometimes for me that is all I can ask for.