You are currently browsing the monthly archive for September 2011.

In the early morning hour,

and take a drink of water.

She asks, “Do you love me or yourself more?

He says, “There’s nothing left of me.

I’m like a ruby held up to the sunrise.

Is it still a stone, or a world

made of redness? It has no resistance 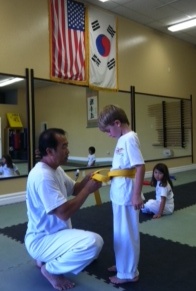 It’s been a big week for the Cooper family. First of all, Little J earned his yellow belt from his Taekwondo Master. J was so excited I had to hold him by the shoulders so he wouln’t ricochet around the studio like a champagne cork.

His red cheeks and wide eyes melted my heart, but what gave me chills was what his Master said. Little J thanked his Master for the belt and his Master replied, “Thank you for not once asking for it.”

In the middle of digging for my keys, I closed my eyes and felt the Master’s message sink in, straight to my already mushy heart. I was reminded of a dapper man in his pressed and tailored dress shirt, standing at a podium, making a speech.

Dennis and his friend Henry, owner of our favorite pub, Finn’s, have been working tirelessly along with others to stop the Sugartown city planners from spending too many millions of dollars on something unnecessary and ultimately detrimental to the town.

Those of you who know Dennis, especially those who’ve worked with him, know that he’s not the guy standing in your kitchen complaining about how messed up the local government is. He’s the guy running for the Planning Commission, drawing up a petition, and joining forces with other committed folks to make change happen.

This week, Dennis spoke at a City Council meeting, then stayed past eleven for public comment, and spoke again. He came home exhausted, but the satisfaction and thrill of putting his best self forward shone in his eyes. Like his son’s. With his yellow belt.

We’re still not sure what the City will decide, but Little J and I are so proud of and so inspired by Dennis’s commitment.

So last night, we took to Finn’s to celebrate, sundaes and all. Mama even had something to clink about as well. The Avastin and Cytoxin regimen I’m on his working. My CA-125 has been slashed in half in the six weeks I’ve been taking these two drugs.

So with fudgey spoons and smiling faces, we huddled, we three Coopers, in a cozy booth and said a cheer for what I guess you could call a triumph of our family’s values: dedication to community, personal improvement, health, and above all, a never-give-up spirit.

Happy weekend to you all. If you enjoy some ice cream, don’t forget to lick that spoon. There’s so much to savor. 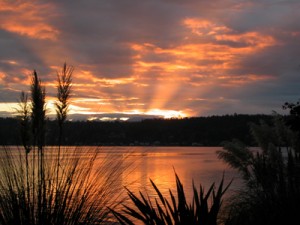 I knew one person who died on September 11, 2001. Alan Beavan. He was on Flight 93, on his way back to San Francisco. I knew Alan from the meditation center I had frequented. He was a lovely, inspiring man. Calm and still, like a lake, from what I remember.

On Saturday, Dennis and I were flipping through channels after Little J had gone to bed. We landed on a memorial ceremony just as as young woman said, “My father, Alan Anthony Beavan.”

The coincidence. So many names. Of all of those lost, for us to have landed on that channel in that moment. It gave me chills.

I was hoping it would make me cry, but it did not. In fact, I’d been in need of a good cry since I came home from the hospital. I needed catharsis, some kind of trigger to let it all out. But I’d been stuck in a place outside of both my physical and emotional bodies. And I’d not yet come back.

This is the third anniversary of September 11th since our family was given my diagnosis. And I have to say that, when I remember September 11th, I of course think of the horror and the loss of innocence. But I have to admit that I also remember the innocence that was still in tact, at least for our family.

Because I have such a strong memory of that time period, (we all do, right? From September 11th through the new year that followed, at least) it has become a period I go back to often. It was a time when my body was not only healthy, but at a peak. I was teaching yoga and practiced at least an hour and a half per day. I worked too many hours, it’s true, but physical stamina was something I had in spades, something I thought could never be taken away from me.

So the anniversary of September 11th is usually a time of mourning for me on many levels. But it’s also a time for me to go inward and flush out the stuck emotions, to wring out any sadness that might be hiding in my tissues, my bones.

But not this year. I was numb all weekend.

Then Sunday, Clever, Little J’s fish, died. First Dennis whispered the sorrowful news into my ear while I stood rinsing a cup. Then he took Little J out to the porch, nestled him into his lap and explained that Clever had left his body, but that his spirit and his heart was still with us.

I peeked out our bedroom window to find the boys, their identical profiles, brows knit, eyes squinting, framed by the camelia bush and our American flag, still not taken down from the Fourth of July.

The flood of tears hit me before I could stopper it. I ran to the bathroom and locked the door. Though I’d been waiting for it all weekend, I wasn’t ready for the rush of emotion when it finally came. And I wanted to dig deep, get it all out. I folded a big fluffy towel in my lap and buried my head.

Then Little J was at the door. He couldn’t hear me. But he knows things, this kid.

“Mommy. Clever is in a better place. And we still have his heart.”

And then the tears came faster. He couldn’t hear me, but somehow wanted me to know he was OK.

“I’ll be right out buddy. Get your crayons. We’ll draw him a picture.”

Finally, finally. The shock and sadness, the mourning and loss, it all gushed out.

And afterwards, as ever, I was left with stillness. I was left with the shimmering on the surface of all that’s still left for me. The sparkle on the lake, the remains. You know what it looks like. That shine, flickering golden light forever. 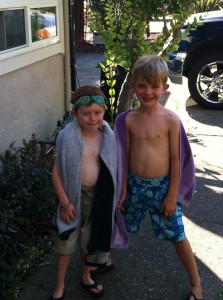 It feels good to be back home in Sugartown and enjoying the sweetness of everyday life. Little J was brave while I was away. And thanks to Lil’ Salty and his family, and others, he stayed happy, too. But trust when I say he’s glad to have mama back. While we colored sea animals last night, he told me about the fun he had with Salty and his sisters, playing dress-up.

Exhausted as I am, and still processing the brutal procedures, there is nothing that is going to keep me from remaining happy and optimistic through all this. Nothing. Yes, the diet is incredibly restrictive, but I’m not even seeing that. I’m seeing an opportunity to get creative with healthful foods that can be enjoyed by a person with “skinny” intestines. Maybe there is a recipe book in the offing. Who knows?

For now, Life is all Friday Folders, play dates, soups, and the vegetable garden. It’s snuggling in bed and getting dressed and not being attached to an IV pole. It’s nothing more than my two feet with a cute pedicure, touching the floorboards each morning. 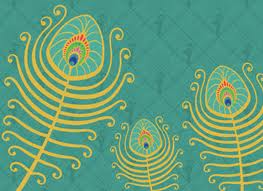 Teal is for Awareness

Ironically, this past week, Awareness Week, the disease that whispers has been screaming in my face.

The party was a hoot, just the sort of thing I’d been waiting for since J started Kindergarten, a night of revelry with the amazing parents at his school.

Dennis dressed as the dapper Ward Winner, head of the “Academy” and man-with-all-the-power. He was smart, gorgeous, and I got to go home with him. He, Heather, and I stayed in character all night, enjoying our company, the gorgeous venue, and delicious food. For the evening, I was a normal part of the community, on even footing, just a gal out having a carefree, fun night.

Two days later, I went to the ER and have been in the hospital ever since.

My intestinal blockage had come back, this time with an ulcer. The agony of the condition was nothing compared to the tests and procedures that took place over the course of three days, none of which I will describe here. Let’s just say that, if it weren’t for Mari, Dennis, and visits from Little J to keep me laughing, not to mention the drip-drip of the drugs, I would not have made it through to today.

It looks like I may be going home this afternoon. The doctors tell me that something (most likely-scar tissue) has squeezed one section of my large intestine to the width of a pinky finger. The small ulcer, biopsied and very unlikely to be malignant, will heal soon and already feels better.

The plan is for me to be on a restrictive “low-residue” diet to see if I can get by with my delicate pinky-finger digestion. If not, some sort of surgery would be in order, and NOBODY wants that, even if it is simply laparoscopic surgery. Doc G briefed me on the litany of risks involved with surgery, not to mention the fact that I’d have to go off Avastin for 6-8 weeks. Let’s just say that I’d agree to drink Ensure for the long-term rather than risk the surgery.

Having said that, if the pinky-sized purchase I’ve been dealt continues to cause me problems, we may be forced to go the surgical route.

And I plan to take my inner Steffi Winner out for another night of excitement soon. Protein shake in champagne glass, if need be. 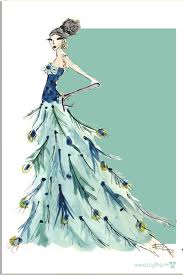 Update: Home and snuggling with the fam. Little J and I colored and talked about all the fun he had w ‘Lil Salty. Virgil gave me the cold shoulder for being gone so long. He’ll let me pet him tomorrow. Ahhh…home.