You are currently browsing the monthly archive for January 2010.

When I was first diagnosed with the “real OC”, Ms. Miller sent me a link to a website that changed my life: crazysexylife.com.

Over the years, Kris Carr’s website has evolved into a hub of priceless information for the Crazy Sexy Survivor, the Healthy, and the Worried Well alike. Once you’ve clicked around, you’ll be inspired. I promise.

Why “One for Beauty”?

For Kris Carr, living with Stage IV (ta daa! [I don't know, I feel like that phrase always needs some sort of flourish]) cancer is about digging deep, finding the inner beauty in the scary places.

And she’s gorgeous. Check it out:

Before Little J was born, weekends were all about Leanne Hansen, Weekend Edition, and NPR. For the past several years, Saturday and Sunday a.m. has meant Dr. Seuss, breakfast in bed and snuggling with four peas in a California King-sized pod: D, Little J, Virgil the cat, and me. NPR is sort of a thing of the past.

But yesterday, D managed to catch a gorgeous piece by Leanne Hansen. Please take a listen. Renewal can be as simple as using hope to punch holes in the darkness.

If you don’t see the media player below, click here:

On the day before he was assassinated, Martin Luther King Jr. gave the soaring speech that not only prophesied his untimely death, but inspired his followers to continue the fight for their human rights.

No matter how many times I hear this speech, I get chills and my eyes well. His words scrape the heavens and pour down inspiration. Have a listen.

I’m so heartbroken over what’s happening in Haiti that it seems wrong somehow to blog (or Facebook) about anything else right now. But I also know that tragedy needs to be met with a balance of reflection, action and willingness to remember all that is beautiful.

We’ve probably all had enough reflecting. I, for one, feel bombarded with horrendous details of the tragedy even though I don’t watch the news. And, as far as action goes, the Red Cross has made it amazingly easy; text Haiti to 90999 to donate $10. So, next week, I vow to move on to the beautiful.

But for now, I’ll leave you with one last easy and meaningful way to act, if you’re looking for a way to contribute.

Soles4Souls is accepting donations of gently worn rugged shoes to help the rescue effort. God knows we’re praying that there are still people to rescue and that the volunteers can get to the victims safely and quickly. But soon, the moment will have passed, and efforts will be more focused on recovery than rescue. And soon after that, rebuilding will have to start quickly as the monsoon season for this too beleaguered region is on the horizon.

It’s easy to go to the Soles4Souls site and find out where you can donate some shoes.  There are drop-off points across the country. Dig through your own closet or email your friends and have them drop their shoes at your place. With any luck, you’ll wake up to a bin of heartwarming generosity,  a bucket of rugged soles ready to get down to work. I did: 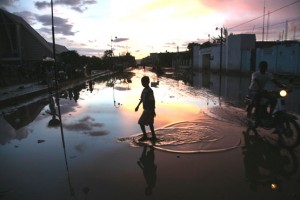 The American Red Cross has made it super easy and quick to make a donation (even a tiny bit!) to the people in Haiti who are in desperate need after the earthquake. Here you can use your Amazon.com stored info to quickly donate.

Have a beautiful day. 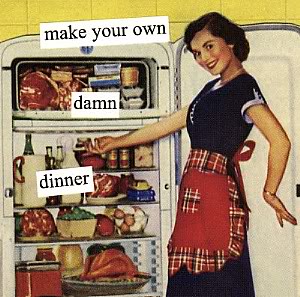 Here in Sugartown, moms take care of each other.

When we moved here almost two years ago, I joined the local mother’s club. I volunteered to work with another mom to schedule meals to be delivered to new moms, sick moms, moms with traveling dads, and moms who just plain need a break.

A few months later, I was on the receiving end of those meals. Every three weeks, moms delivered some homemade deliciousness to our doorstep while I recovered from a chemo session.

Now, little J and I deliver meals to moms once a month, in the spirit of thank you-ness and because we like to cook together.

The last few months, I’ve made my now-famous “Chicken with Herbalicious Yum Sauce” (the name is mine, can you tell?). The day after delivering this dish, I always get an email requesting the recipe, so I thought I’d post the secrets to this pure poultry alchemy here.

This is for all you home chefs looking for some inspiration from a humble bird called The Chicken. Lord knows we all need that from time to time.

Don fancy apron. Then, in a large, super-cute bowl, whisk:

Take your sweet time whisking in order to combine the liquids well. I like to sing a few rounds of “Prince Ali” from Aladdin with Little J, to pass the time.

Submerge a pound of chicken thighs in the mixture and refrigerate for a least a few hours.

Bake at 375 four one hour, turning every twenty minutes so that the parts that are peeking out of the sauce get a little crisp.

I serve this over brown rice, with veggie sides, and a salad. If you haven’t already, give Chef Jodi’s brilliant Pear & Citrus salad dressing recipe a try.

*Recipe is an adaptation of one found in Spices of Life by Nina Simonds.

Sometimes women inspire more than they could possibly imagine.

Stephanie Nielson is the author of one of my favorite blogs, NieNieDialogues. For years, she’s blogged about the joys of motherhood without literally blogging about the joys of motherhood. She writes about her life, her kids, and it is simply joyous. Because she is the coolest mom on the block blogs, ladies everywhere quickly became devoted fans. Stephanie’s  joie de vivre chronicles inspired them to enjoy their simple lives, their kids, and their daily routines, and to breathe a little creativity into everything.

She’s got style, a great smile (as you can see) and taste for miles.

A while ago, Ms. Nielson and her husband were in a plane crash. Stephanie sustained burns over eighty percent of her body. Gently nursed back to happiness by her heroic husband and kids, and her devoted readers, Stephanie continues to inspire us to see what is perfect and beautiful about a life that is, at times, not perfect or beautiful.

Take a look at her post today, Mr. Nielson’s Top Ten, where she counts down her favorite moments with her husband in 2009.

Photo taken from RiceBabies but originated elsewhere, I’m sure. 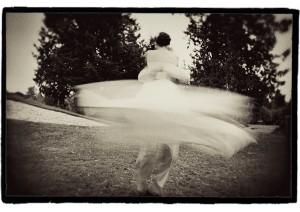 Photo by Heather at One Love Photo.

I’m so glad you’re here. I have a story I want to share with you. You may have heard it before. It’s about the Greek Goddess Persephone.

There are so many renditions of this story. Persephone, daughter of Demeter (goddess of the Earth, harvest and all things alive and growing) was abducted by Hades, God of the Underworld. Persephone had been playing in a field with some nymphs, probably picking flowers with her long, white arms, when Hades opened up the ground beneath her and dragged her down to hell. Just like that.

Persephone’s mother, Demeter, was horrified. Of course. And since Demeter governed all things that grew and sustained people, she was not to be trifled with. The enraged mother went straight to Zeus. Demeter had pull with Zeus because the two deities had some history. In fact, the gossip around Olympus was that Zeus was Persephone’s father.

Demeter gave Zeus an ultimatum. Not wanting to waste time by asking nicely, Demeter stopped all things on Earth from growing and told Zeus the world would simply starve if her daughter was not returned.

Eventually, Zeus complied. He ordered Hades to let Persephone go. She was returned to her mother, and the barren Earth came alive with blooms and vegetation as Persephone resurfaced. But, since Persephone had eaten some pomegranate seeds (possibly four) while in the underworld, she was doomed to return to Hades once a year for a season, each seed in her belly representing a month, perhaps. During Persephone’s annual visit to hell, the Earth goes barren (winter) until the maiden queen’s return to Earth (spring).

I love this story. It explains so much: the difficulty of winter, the redemption of spring. But I also like to look at the myth in a different way.

Persephone, when she descended to Hades each year,  was the Queen of the Underworld. She decided who came and went (just ask Orpheus) and lorded over her domain, gritty as it was.

What if Persephone’s story is not one of victimization, sacrifice, and tragedy?

What if Persephone’s story is one of difficulty, power, and redemption? Persephone loses everything. She then makes hell her own beautiful domain, her Queendom.  She returns annually, as to a second home, then is reborn again and again.

All women suffer and recover. What if Persephone’s story is a template for the journey into darkness that so many women experience and return to, literally and mentally, again and again? What if the power and understanding that the  descent affords us can be seen as something beautiful and powerful?

It was when my family and I first moved to Sugartown, nearly two years ago, that I first saw her. She rides around town on her wheel chair. She leans slightly to the left as she goes, her long, unkempt hair trailing from her slightly tilted head. She smiles as though she’s having a ride in a paddle boat, her lover at the helm. All that’s missing is the parasol.

“How is it that this woman is beaming?” I used to wonder. There I was, fretting about this and that and chicken again tonight, and there she was, in her own personal heaven, in a wheel chair, cruising along a main road, with no bike lanes.

A few months later, the ground opened up beneath my feet. After my own journey to hell and back, I now know what the wheel chair lady sees.  After nearly losing everything, after being dragged down to Hades, the beauty of ascension is in every moment.

Four seeds in the wheelchair lady’s belly. Four seeds in mine. Four seeds in yours, perhaps. My seeds are for harvesting inspiration, renewal, beauty, and love. This little blog is where I’ll plant little tidbits for the enjoying and the sharing. And don’t worry, my posts won’t be as long and serious as this one. Hopefully you will taste some, enjoy some, and pass some on. See you soon.

Photo: Peonies and Polaroids and One Love Photo